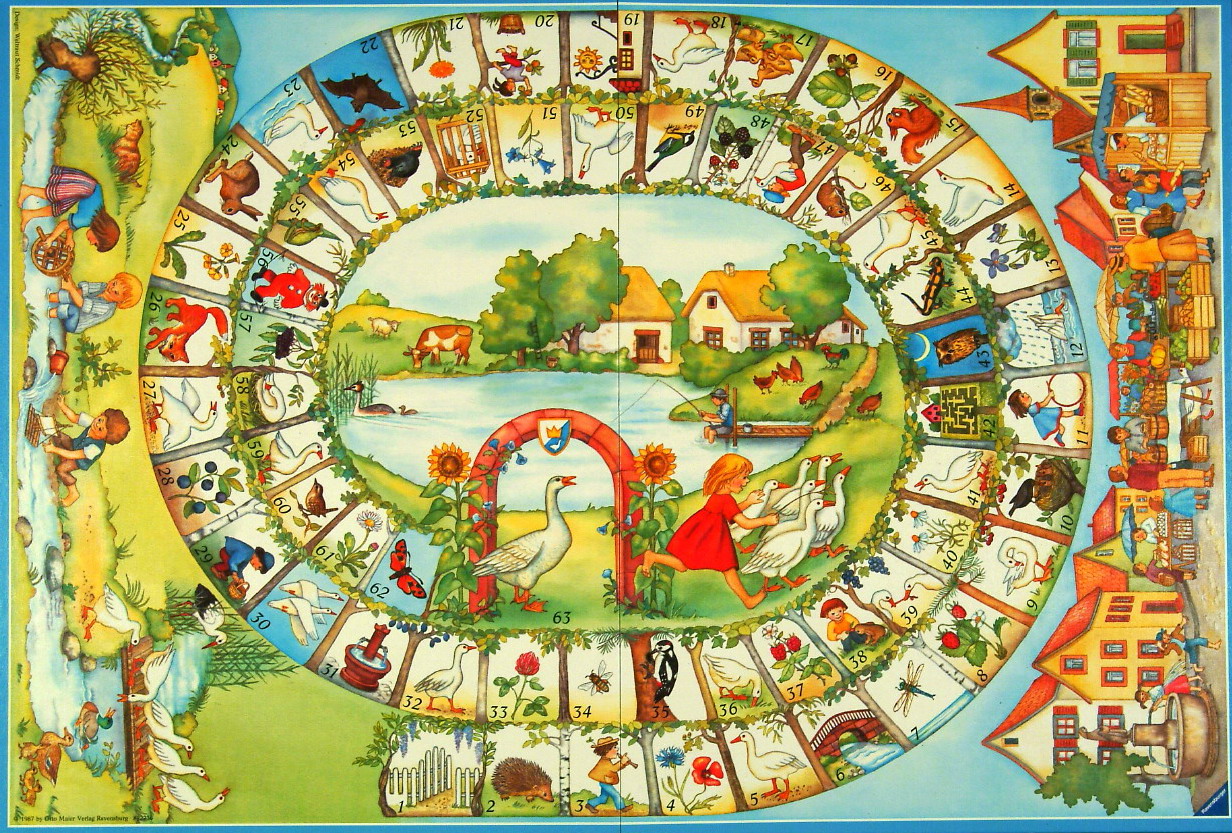 Market produced and teacher-prepared games have an important role to plan in the language classroom. Enjoyable and engaging, they draw attention away from too much preoccupation with accuracy and create the need to talk, spurred by the desire to play and, of course, win!
However true this may be, the language used by learners in most games tends to be restricted and repetitive, almost like a set of ritualized phrases “providing drilling practice because of repeated forms” (Wright, A., et al, 1984).
As a result, they do not provide enough of a challenge, especially for the more advanced learners. Very few games involve negotiating or encouragement to use a wider repertoire of language.

Getting the students to make their own games as an addition to available commercial games may well provide them both with the satisfaction of a creative as well as game-like activity. The finished game game will do wonders in boosting up student enthusiasm, an effect which can spill into other areas of the curriculum quite easily. This “finished product: can be kept and reused with the same or other classes as well. 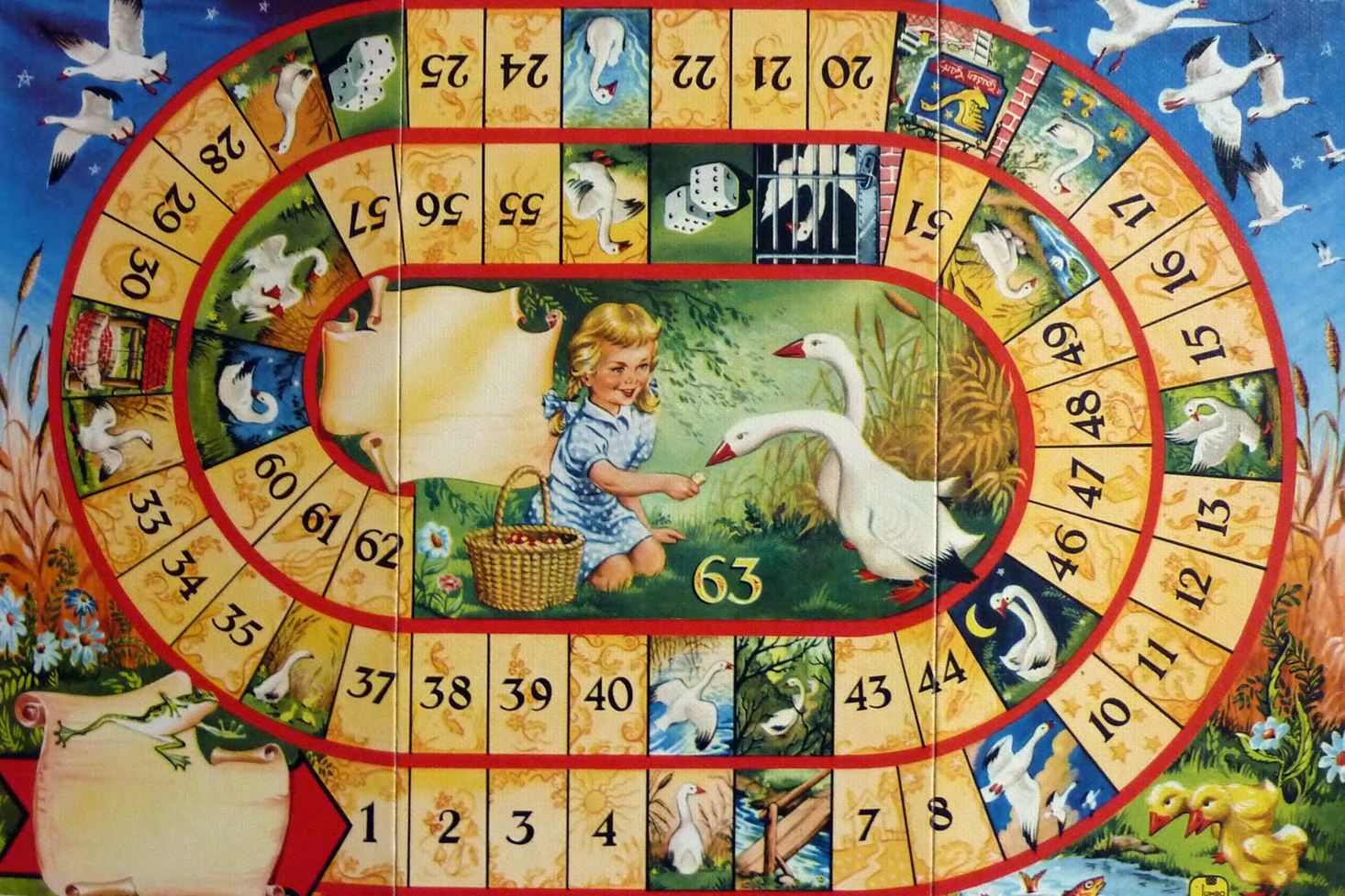 Another version of the The Game of the Goose From Max Qubit;s blog where he mentions making up new rules for this game to play with his son! 🙂 https://maxqubit.wordpress.com/2012/03/07/game-of-the-goose-alternative-ruleset/

The teacher can easily exploit this knowledge to get students to make their own games or, if not available, play some ready-made games in English to familiarize them with the concepts of rules, moves, losses, prizes etc.

How to get started

A game made out of a pizza box and some toys – from https://tinyurl.com/ybpjlb8

Materials need not be costly – a severe restriction in schools with few facilities.  Cardboard can cost a lot but is not really needed:

In groups of four or five, are asked to prepare a board game and  a set of instructions for players and produce a board game to be be played by other groups of students in class. 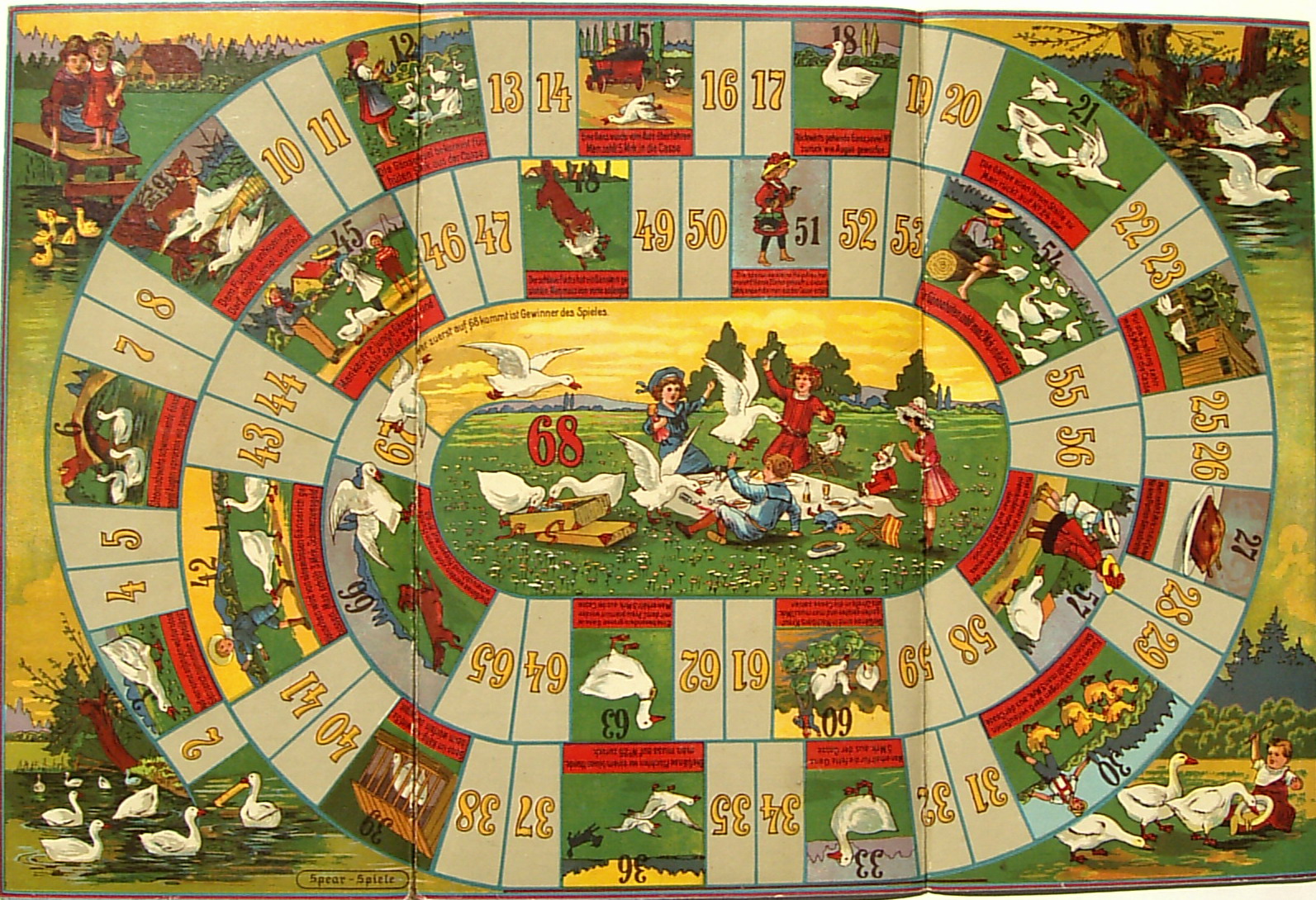 One more version of the same game by from http://www.giochidelloca.it/scheda.php?id=77

If the learners enjoy the initial activities, you could motivate them by getting them to make their own original game with their own rules or even creating their own games board!!! Making games is a common activity amongst teachers, so board games templates are abundant on the web or even in your colleague’s hard drive!!!  Like the one below!  Or the children can draw their own from their imagination or a template you give them. 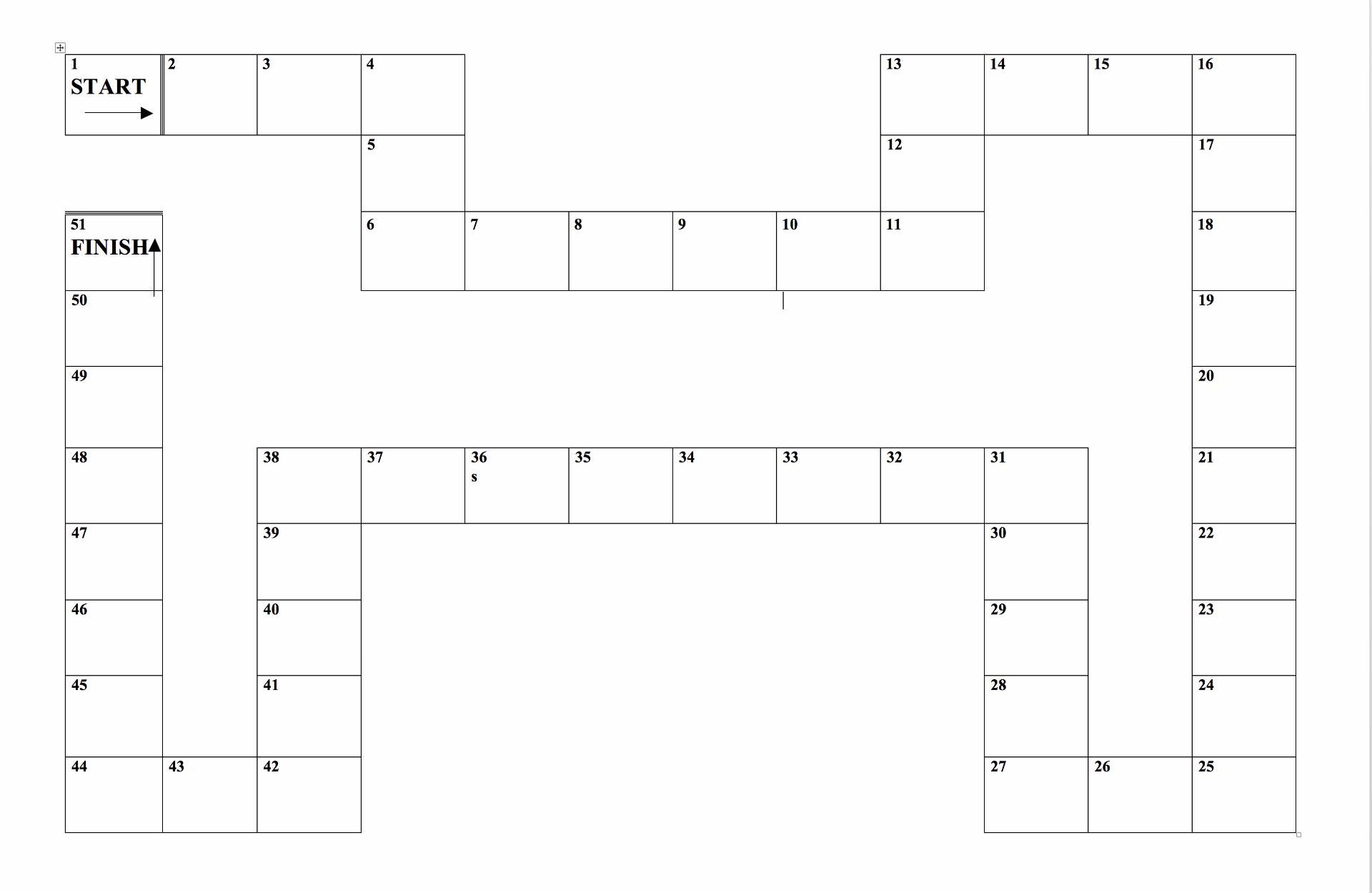 To the advantages of using games in the classroom, we have the additional bonus of involving our learners in a series of tasks which may offer them a real challenge and give them the opportunity to be creative, make their own decisions, solve problems, and negotiate solutions amongst themselves to create a better outcome.
On the other hand , as each group gives their finished game to another group to play, incomplete or badly written instructions will result in inability to play, a result much closer to what happens outside the classroom (task accountability). Errors then are corrected for reasons of clarity and not a teacher’s preoccupation with accuracy.
As students get used to these activities. they may design their own board outline, men or tokens to move on boards, or even new visuals – more opportunities for more negotiating language!
Some surprisingly artistic stuff has been produced by students especially when there is a theme to the game e.g., treasure hunts, explorations, space travel, and so on.
The idea is highly adaptable. I have seen teachers even get groups to create games that revise areas of vocabulary or grammar!

Much of the so called ‘learner-centred’ teaching is still really quite teacher-centred. We should not think that the occasional use of a role-play or an in information-gap activity means that the onus is shifted onto the learner and that the teacher takes on other, less dominant, roles.
Teacher controlled activities are not sinful and I am not suggesting we ‘go underground;  when we use drills or other controlled activities…
Nor does it mean, on the other hand, that student-negotiated lessons are the answer to every problem in the language classroom is suitable and feasible for every type of learners or teaching situation.
Making a games, along with other project focus activities, might provide a stepping stone to more independent learning.

A couple of samples to try out

Post script
Most of the images in this post are of a favourite childhood game over which I spend many a happy hour 🙂  – the Game of the Goose.