Which of these learners are your learners?

Made with wordle.net – the words in the word cloud have been taken from http://www.disciplinehelp.com/

But why do students behave “badly”?

There will be many different expressions of undisciplined behaviours; teachers of adults will find they have different problems to teachers of very young learners and they, in turn, will face different issues to teachers of teenage learners.
The causes of such behaviours have been the focus of many studies and much speculation in staffrooms; in ELT, very little gets written or researched on this subject and it is a pity, because a very large percentage of the student populations taught by ELT teachers around the world, are younger pupils and teens, and much more likely than adults to be unruly!
Some of the causes mentioned in various books, blogs, etc. include power thirst, or a desire to take the control away from the teacher; anger is also mentioned, which in turn may be caused by all sorts of issues at home or at school; attention seeking, either because a pupil feels attention is owed to them or perhaps because they do not get enough attention at home; issues of confidence or self-esteem are also mentioned, poor self esteem or overconfidence which may result in undisciplined behaviours.
It seems to me then that some of the reasons that students exhibit lack of discipline are caused by their home situation, others by their own self-perception or feelings.
But, oftentimes, lack of discipline may also be caused by the school environment itself or teacher behaviours which may encourage or provoke it.
Most information sources  neglect to mention the teacher as a cause for lack of disciplne – yet students are often naughty due to

Oftentimes, undisciplined behaviours can be the result of an authoritarian and overstrict educational setting in which there are heavy punishments when the rules are broken – teens, especially are more likely than most age groups to rebel to such a school set up! 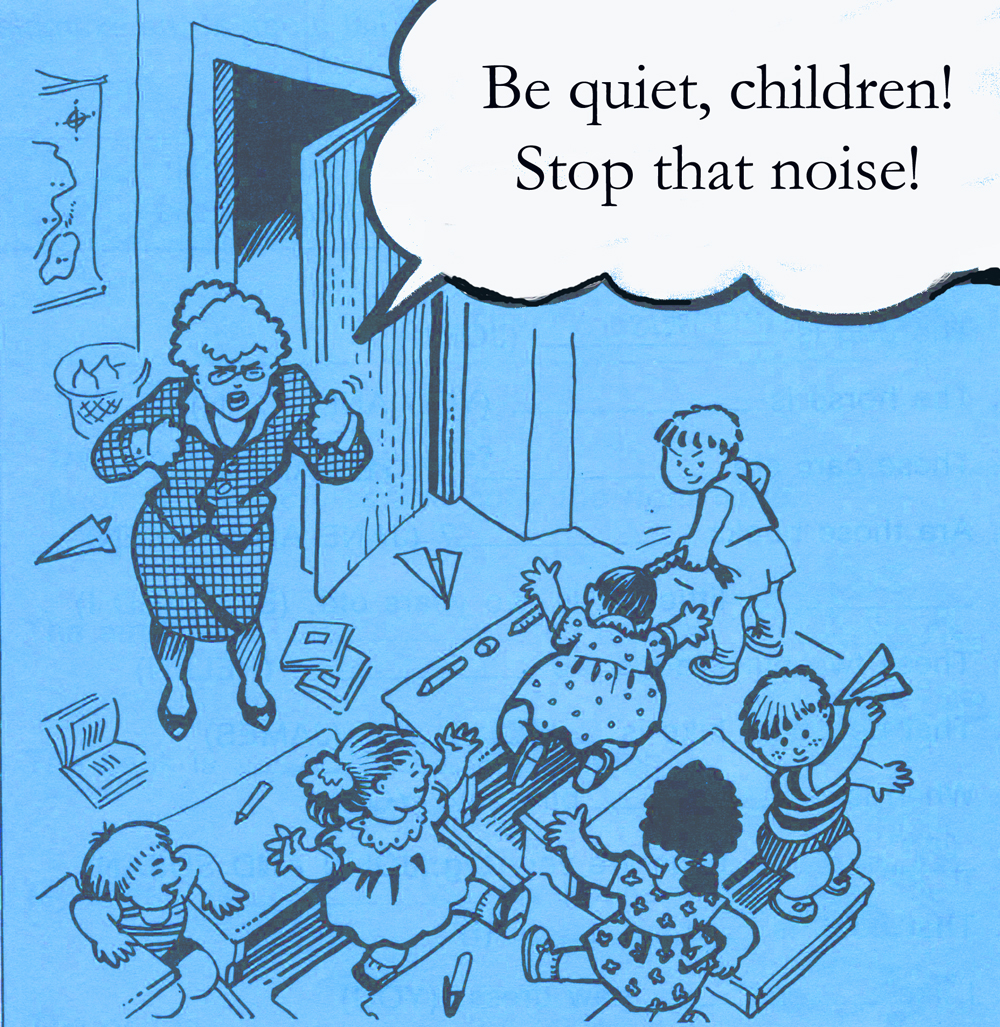 What can teachers do?

There are two ways teachers can deal with discipline issues – proactively and reactively.
In this first post, I would like to begin with some of the proactive teacher actions, and discuss reactive action in a future one.

Plan Discipline Problems away & the Value of a Good Start

The first few days of any class are crucial for encouraging disciplined behaviours. From day one, set you class on the right track for good behaviour by being a positive role model yourself and by being on the ready to give warm praise to the slightest evidence of good behaviour!!!

To start them off, elicit and feed in ideas such as:

Finally,  although in some cases this may be difficult, do try to involve your students’ parents as well; the younger your pupils, the more important this will be!
Translate your contract into the parents’ language and if you don’t speak it, get the pupils to translate it or use Google translate and have them edit the translation (they will be much more involved!)

Which of the following discipline problems do you face most often?

How do you deal with these problems?